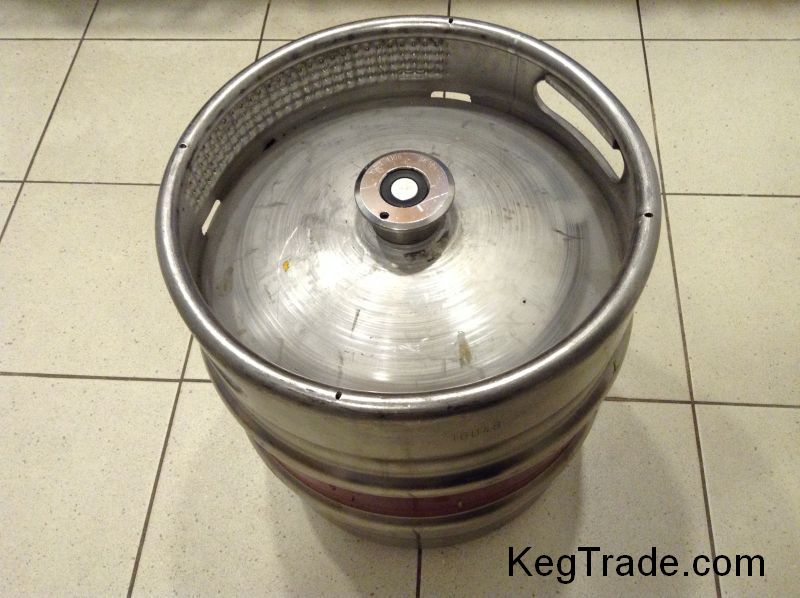 Most beer producers around the world would agree that kegs are the best container for storing fermented beverages. It is believed that the taste, colour and aroma closest to the benchmark can be preserved in these metal kegs.

Introduced in 1929, the stainless steel keg was soon destined to supersede its wooden counterpart. The final victory came in the 1950s, when kegs were fitted with a coupling and fitting that ensured leak-proof dispensing and quality beer storage. The reusability and recyclability of kegs brought many new aspects, both positive and negative, to beer logistics. Let’s try to understand the features of this metal container in detail.

Pros
Stainless steel is the best shield for beer. The food-grade steel of which kegs are cast and the airtight construction of the keg shields the beer from the harmful effects of UV and gases. This ensures that the quality of the beverage is maintained and hygiene is maintained during the various stages of transport and storage.

The non-permeable packaging is a guarantee of quality. The design of the keg prevents the product from being tampered with at the point of sale. The keg is securely closed with a fitting that not only prevents refilling, but also protects the beverage from the ingress of bacteria from the outside.

The best container for transport. Kegs are inferior to plastic and aluminium containers in terms of lightness, but have a significant advantage in durability. Thanks to the stainless steel body, they withstand drops and temperature changes very well. A safety valve protects the kegs in case of high pressure. All this shows their reliability as a transportable container.

Fully recyclable. Steel kegs can be repaired with little effort, which means they can be used for a long time and save money on remanufacturing. In addition, the product can be fully recycled into new, smaller containers.

Cons
Kegs are expensive. The purchase of a keg fleet and the filling technology is expensive at the start of production. Subsequent maintenance is expensive: Repair and regular cleaning.

Reuse once a year. Particular difficulties are associated with the reuse of containers. The export routes in West European countries are continuously lengthened, consequently kegs have to make a long journey back. Often the keg travels for over a year, which increases the cost per litre of beer.

Seasonal operating difficulties. The problem with reuse is most acute at the peak of sales, in the summer. During the cold season, difficulties arise due to frosting of the residual contents in the container. This can be avoided by filling the kegs at the right time. When adjusting to new conditions, brewers inevitably have to make changes to the logistics process.

The market demands more kegs of smaller volumes. Gradually 50-litre kegs are disappearing from the market. Their place is taken by the smaller 20- and 30-litre containers, which also leads to higher costs per litre. There are several reasons for this trend: firstly, the product range offered by brewers is constantly increasing, and secondly, legislation in some countries makes it more difficult to service larger kegs. In Italy, for example, employees are not allowed to lift objects weighing more than 25kg.
Thieves also appreciate kegs. Brewers regularly have to deal with the problem of missing kegs. Stainless steel is highly valued and often becomes a source of illicit income, ending up on the secondary market. Sometimes kegs are sold as scrap metal.

The secondary market
The main player here is a small business. The main demand for used kegs comes from regional and small breweries in Eastern Europe. In 2008, many small craft breweries appeared in Eastern Europe, which produces so-called “live” beer. For small producers, the decisive factor in purchasing packaging is the price, which of course is not high for secondary products.

Recycling is a reputational risk. Once on the secondary market, a keg undergoes the process of squeezing out and rubbing in the logo of the previous owner. By using such a treated keg, the company runs the risk of damaging its reputation on the market.

The actual lifespan is almost three times less than possible. Although a barrel can actually be used for up to 30 years, major European breweries tend to renew their stock after 10 to 12 years. The reduction of the active period may be due to usage patterns or sanitary regulations. The tax system in some countries is also conducive to dynamic keg replacement. In the UK, for example, beer producers receive government loans to buy new kegs. When the credits have been paid, new kegs are purchased against the sale of used kegs.

Keg types
DIN – narrow and high
Euro – wide and low
Plus-keg – modification of the Euro with a special polyurethane coating to keep the temperature.

Category: Equipment
Recent Posts
We use cookies on our website to give you the most relevant experience by remembering your preferences and repeat visits. By clicking “Accept All”, you consent to the use of ALL the cookies. However, you may visit "Cookie Settings" to provide a controlled consent.
Cookie SettingsAccept All
Manage consent

This website uses cookies to improve your experience while you navigate through the website. Out of these, the cookies that are categorized as necessary are stored on your browser as they are essential for the working of basic functionalities of the website. We also use third-party cookies that help us analyze and understand how you use this website. These cookies will be stored in your browser only with your consent. You also have the option to opt-out of these cookies. But opting out of some of these cookies may affect your browsing experience.
Necessary Always Enabled
Necessary cookies are absolutely essential for the website to function properly. These cookies ensure basic functionalities and security features of the website, anonymously.
Functional
Functional cookies help to perform certain functionalities like sharing the content of the website on social media platforms, collect feedbacks, and other third-party features.
Performance
Performance cookies are used to understand and analyze the key performance indexes of the website which helps in delivering a better user experience for the visitors.
Analytics
Analytical cookies are used to understand how visitors interact with the website. These cookies help provide information on metrics the number of visitors, bounce rate, traffic source, etc.
Advertisement
Advertisement cookies are used to provide visitors with relevant ads and marketing campaigns. These cookies track visitors across websites and collect information to provide customized ads.
Others
Other uncategorized cookies are those that are being analyzed and have not been classified into a category as yet.
SAVE & ACCEPT